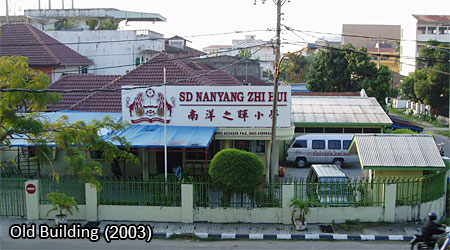 The Prosperity and Welfare of one nation depend neither solely on its natural resources nor military forces, instead, they depend on the noble character of its leader or future generation. Designing the future of an advance nation has the meaning of building the education. This thought was the foundation in establishing Nanyang Zhi Hui in Medan.

Nanyang School started its teaching and learning activities in 2003/2004 school year, with 27 students in Primary 1 and 2, located on Jl. Abdullah Lubis No. 10 A Medan.

Presently, The National Accreditation Board of North Sumatra Province has granted "A" accreditation for Kindergarten, Primary and Secondary levels.

The establishment of Nanyang School focuses primarily on Human Values Education which covers Truth, Right Conduct, Peace, Love & Non-Violence and Self-Development in the form of life skill and social skill as well as character building which implemented through etiquette, culture and sport.

Its Curriculum-Competency is National Curriculum enriched with International Curriculum perspective. The school education system is the harmonious integration between the Eastern Educational Philosophy and Western Scientific Technology.

Exclusively, in terms of character building with the purpose of improving the learning concentration as well as balancing the development of left and right brain hemisphere of the children, the students are experiencing the silent sitting, brain gym and gym by INLA (International Nature Loving Association).

Nanyang School emphasizes its aim not on the students' quantity but more on the quality of the education in which discipline and school rules are consistently executed.